So, I don't have much of a topic for this post, but I thought "Hey, I should talk about that fun thing I just got."
"What's that thing?" I hear you ask. It's a drone.


Yep, I'm just getting to the point where I'd classify myself a step beyond enthusiast with a DSLR and I step into another world that blends cinematography and photography.
The thing is so COOL! It's surprisingly tiny for what it can do. I imagined you needed one of those big drones (phantom or larger) to get the good stuff. There are advantages to size (payload and such) but for photos and video, this dude works fine!


Some initial details - you've got to be in the right spot mentally to get started. It's some pretty serious business as these are technically aircraft and the guv'ment does like to regulate that (and for some fine reasons [you know, safety]). Given that, it can be hard to fly in some really cool places due to being within a certain distance of airports. As a hobbyist, you shouldn't fly within 5mi of an airport (lest you risk drone confiscation, fines, or whatever else). Using the FAA's air space map, I found that I'm in class G space, which to pretty much keep an eye out and don't interfere with helicopters and check for TFRs (temporary flight restrictions) since I'm so close to the Crew's (MLS) Mapfre Stadium and Ohio Stadium (The Shoe - go Bucks). You also can't make money off the drone. Like, at all. You have to acquire Part 107 FAA remote pilot certification and then adhere to some pretty strict bureaucratic rules (I've already been studying for the test). If you're good with this going in, then I can't recommend this enough as a fun silly thing to do that can also greatly supplement your photography.

As of the time of writing this, I've had three days of flights, going mostly in my back yard area and just today to some nearby wetland conservation area. I pulled the trigger abruptly on this bad boy because I had an employer discount that would be reduced next month, and I thought 35% a new DJI Mavic Pro would be a steal (that's about the cheapest I've seen refurbs). I didn't know what to expect, so I watched a slew of YouTube videos my enabler sent me. I read up on the restrictions for a hobbyist and felt like I was ready to fly on day one (I wasn't).
It's one of those things that you're never ready to do for the first time, you just have to do it and say "If I destroy this drone I spent hundreds of dollars on, well, I'm going to be out another thirty dollars on alcohol for the evening to forget about this." The first flight didn't go too bad. I actually acquired some decent pictures.


Photography knowledge really helped, here. I was comfortably able to go in and choose manual settings on the drone to get some nice shots, and even save in RAW for better editability (which is definitely a word).

I also tried my hand at video. I'm no videographer. I'm clearly going to have to work on that.

Day one was good, and day two was more of the same - though without the sweet sunset:


Even better? I tried my hand at crafting a little video of this day. I'm new enough that I don't even know what software is good for me so it's got a nice, big watermark on it. The video's too big to upload here, and includes some music that isn't mine, so I probably can't put it on YouTube. Eh, we'll try anyway. If there's nothing here, it got taken down:

The third flight was just earlier today! I wandered my way over to a nearby wetland preserve to check out the wildflowers and to scope out some areas I normally can't see with my eyes. Like a turd, and still completely new to this, I actually forgot to take good photos, but did try my hand at some more video (it's not good... also, there's still that watermark). On the plus side, I'm diggin' Filmora for it's ease of use and effects. I'm sure there's better out there, but for my current needs, I may spend the $60 1x charge for life. We'll see. Anyway, here's the video (with non-copywritten music I wrote a couple years ago - yes, I dabble). I should have used the star-wipe for every transition.

This is really, really raw stuff here as I'm just getting into it. I'll certainly stick to the DSLR as #1, but I'll be looking to land some freelance work with the drone once I'm licensed.

I didn't expect to make a drone post right now, but I am pretty excited by it. It really is a way to both have some fun and add an entirely new element to my photography. That's all I've got for now! 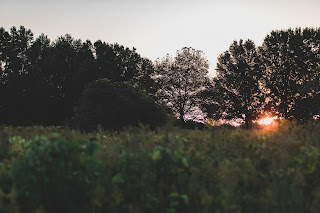